Dieter W. Liedtke was born on 6 July 1944 in Essen (Germany). He combines K philosophy, research and art in his works. In addition to his work as an artist, he is also an inventor, philosopher, researcher, entrepreneur and author. In Liedtke's view, we can only make the world more positive and ethical if art descends from its ivory tower and works of art are also shown in exhibitions in places of work or leisure that decode themselves through a simple formula and thus open themselves up to the transfer of creativity and innovation to the population.
In 1963, his first exhibition took place in a bakery in Vienna. Since then, he has exhibited his works in the EU and the USA. Among others, at the Larchemont in New York, the Kaiserhof Galerie in Essen, the Alsterhaus in Hamburg, Karstadt in Dortmund, the Sheraton Hotel in Essen, the Liedtke Museum in Virneburg, the Messe Essen as well as a special exhibition in Italy San Gemini and the Liedtke Museum in Mallorca. 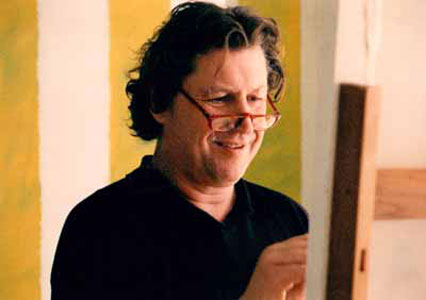 Liedtke has lived in Port d'Andratx on Mallorca since 1986. In July 1994, he opened the Liedtke Museum in the same town. Designed by Liedtke in the shape of a brain, the museum building (which also houses condominiums) houses 30 of his sculptures in the grounds around the building.

With a sick, fearful and misguided population, it is not possible to improve the world and realise a total artwork of the world without first helping the people. From his artworks (in which he worked from 1980 onwards with video and film material, which for him represented frozen DNA, gene sequences and gene programmes taken from time) he was able to read out and prove in the 1980s through his intuitions and creativity how the gene programmes switch off fear-generating external information passed on through the senses, damage the genes, the gene programmes are misguided and sink into the caos, and epigenetic gene help programmes are tied up, disturbed and bypassed. As a result, after consuming excessively negative information, media consumers' intelligence, immune system, health and lifespan are lowered by direct and subliminal latent fears, human rights are violated, democracy is damaged and governments' constitutions are violated.

Liedtke is developing his Gesamtkunstwerk Welt for the Internet to strengthen people's health and democracy from 2007 onwards health programmes based only on healing information with the formula: "i = E" as well as globally on every mobile phone in over 100 languages to strengthen immune power, health and rejuvenation for everyone free of charge.

For example:
- an APP to fight drug addiction to lift and the addiction to
Fear-inducing media information.
- an app for creativity enhancement and art recognition
- An app for reducing depression
- an app for epigenetic gene purification and strengthening the immune system
as well as for defence against harmful viruses and bacteria.
- a cell rejuvenation app.
- an app to strengthen IQ and creative intelligence
- an app for building direct democracy
Liedtke only laughs about a corporate comparison of his apps with Google, Facebook, Instagram and other social network companies, because with a growing world population, according to him, the purpose of the apps lies in the depth of health and the future of all people and thus in swarm intelligence and creativity for sustainable and ethical living with the fellow humanity and not in the financial profit of his apps.

The researcher Prof. Dr. Eric Kandel NY receives the Nobel Prize in Medicine in 2000 for findings and studies that Liedtke recognised through his artwork, described and published in his books decades earlier. The effectiveness of the Liedtke App health programmes "i = E" has been confirmed by international researchers through independent studies as of 2014, (especially in 2022 the epigenetic gene effect of information and Apps) for health promotion and cell rejuvenation.

The liberation of the natural genetic programmes
In a "liberation action" Liedtke shows how easy it is and how much joy it is to promote one's health and rejuvenation with the right information using a simple app. He unravels and clarifies the liberation, recovery and cell rejuvenation process that creates the joy of life in a short art action in 2019 in the Liedtke Museum on Mallorca with the well-known Spanish Magic artists Jack, Oliver and Chris. The three artists symbolise the gene programmes that are bound by fear-producing information and represent their self-liberation through i = E pictorially for the first time in the action as an experience and for a Magic project planned together with Liedtke. Liedtke, who in 2021 developed the theatre idea and the fiction film "Information" from the liberation action, in which cells, DNA, genes, gene programmes are represented by people: Cells, DNA, genes, gene programmes, the epigenetic programmes as well as the human being with his environment and the information acting on him communicate with each other in order to react to this media information, which is important for the human being and the body for the preservation of the self and the species.

Liedtke consistently carries on the idea of the freedom of natural gene programmes for global peace development. An architecturally realised Globalpeace Campus designed by him includes a clinic for cell rejuvenation, a spirit hall for all faith communities, a university for innovations with an attached innovation centre as well as a museum of "Innovations and Evolution in Art" in which works from the Stone Age to the present day are exhibited in the New Renaissance Exhibition: i = E = MC2 and whose exhibits are decoded to enlighten "that art is innovation" with the art formula as well as with the musical piece he developed in 1997, "Mar", which is performed during the exhibition and in which a time travel of music history with the art formula and its innovations (classical, rock-pop, techno, arias and slam poetry) are summarised. It is Liedtke's mission to the management of his museum that the "New Renaissance Exhibition: i = E = MC2“ as a travelling exhibition as well as with an art formula app in more than 100 languages will promote the swarm creativity and education of a people to increase health, creativity, economy by developing sustainable innovations and ethical concepts.

Liedtke, who has not offered his works on the art market until today, decides at the age of 78 to sell the original works and their NFTs as well as Artinvest Garantie Coins, which are linked to the price index of the artworks, for the first time via selected galleries and art dealers as an art work guarantee capital investment so that the high increases in value for genuine artworks contribute to the broad and better diversified accumulation of wealth among the population. He donates the proceeds from his works, NFTs and coins to the realisation of the "Gesamtkunstwerk Welt" and the construction of the first "Globalpeace Campus".

In the series of artworks "Reduction of the World to a Formula" with 10 formula works in purple, blue and yellow, simplified to the smallest detail, he shows in 2020 in 30 works how the universe, life and social development can proceed and where we should correct and intervene with information in order to bring an ethical world and the total work of art on its way. With the Einstein formula: E = MC2 , to which he adds a small i as a symbol for information, he introduces the power of creation into physics and thus forms a symbiosis between Einstein and Heisenberg. He shows that energy is created through information, develops a "conservation law of information" as well as a "general information theory" and, with the formula i = E, documents for the first time in art history the world formula sought by tens of thousands of philosophers and natural scientists in works of art as well as a concept that brings forth solutions for a new and better world for man and the world through art. The latest scientific research results and Nobel prizes for scientists who independently came to the same research results are proof of Liedtke's works and artwork statements from 1963 onwards with which he was able to extract the 10 little formula from his previous works and which document a revolutionary new picture of the causal connection of information for the formation of matter and the universe. For Liedtke, the universe is an eternally living, conscious, universally ethical and species-preserving evolutionary informational organism. Some of his formulas from the works of art or their sub-areas have already been confirmed by quantum mechanics, relativity theory as well as in evolutionary biology, epigenetic research and sociology or summarise the latest research results for the first time in one of the revolutionary formulas. Which makes the art-historical significance of his works incomparable and the prices for his works as well as the key works of art of the thinking of a new world view the most valuable and expensive works of art in the world and already in his lifetime works of inestimable value. Whether his 10 decoding formulas found in art will all be fully confirmed by scientific research remains to be seen. One thing is certain: with every further scientific confirmation or every Nobel Prize that documents the intuitions he had previously manifested and described in his works of art as correct, the development of the value and price of his works, with the accompanying global publicity, will further extend his unrivalled lead over other works of art. Beyond the development of the value of his works, the 10 art formulas prove a level of creativity and innovation hitherto unknown in science, philosophy and art history, which he boldly reduces to three signs for the universe, with its biological, sociological and cultural contents: i = E.